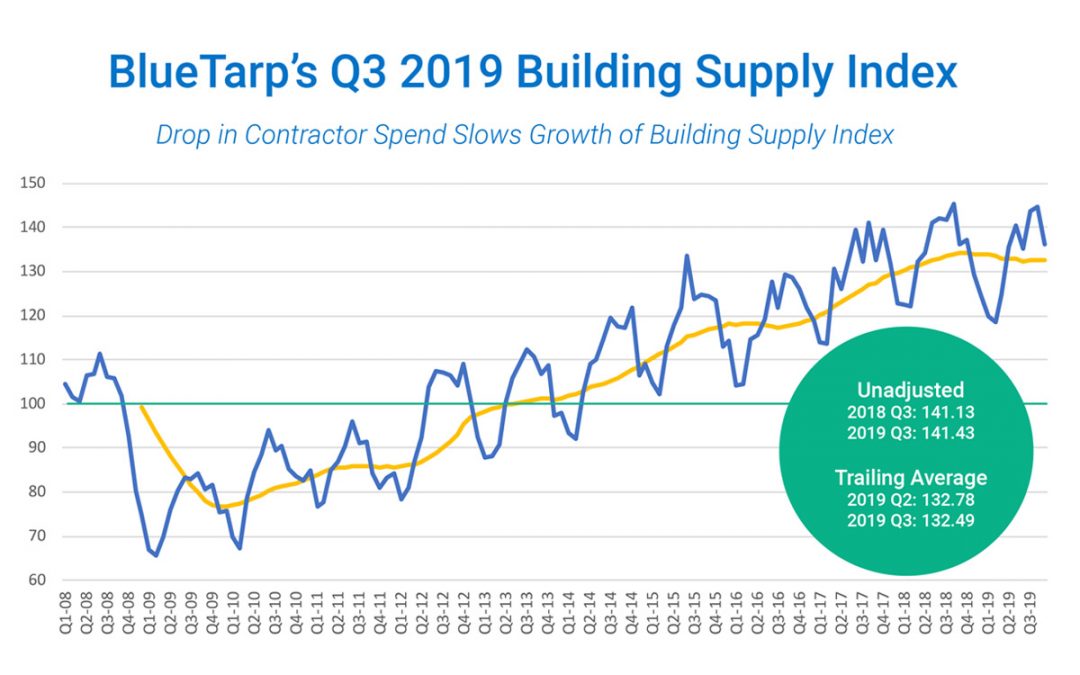 Despite a still robust overall index level, there are some clear warning signs of a potential economic slowdown. BlueTarp’s contractor spend has been declining over the last 15 months and is now at its lowest level since 2014. In addition, BlueTarp’s Q3 supplemental contractor survey saw a material decline in outlook for the future. * Nearly 30% of contractors that completed BlueTarp’s survey thought the economy would decline in some way within the next 12-months, which is an increase from 22% in Q2. Concerns over trade war and the political uncertainty around the upcoming election are the primary drivers of decline.

“Average spend per contractor has hovered around the same level for most of the last four years” said Scott Simpson, CEO of BlueTarp. “The next 3-4 months will be telling to see if the decline, we are now seeing, stops, reverses itself, or continues.”

The report represents trends from 120,000 pro customers and over 1,000 active building material suppliers across the United States. It also incorporates macro-economic drivers including building permits, construction spend, and consumer confidence as reported monthly by the Census Bureau and The Conference Board.