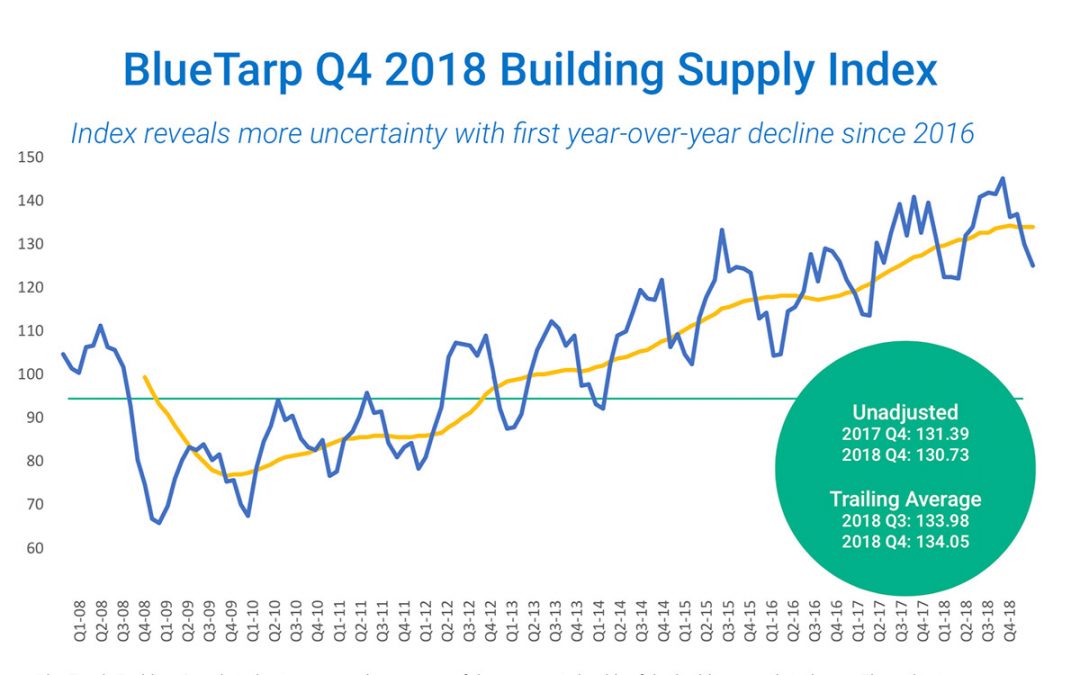 “BlueTarp Financial – the leading credit management company for B2B suppliers – released its Q4 2018 Building Supply Index. The Q4 2018 seasonally unadjusted average declined from 131.39 in 2017 to 130.73 the first year-over-year slowdown since Q2 2016. The decline was driven by a drop in consumer confidence that peaked at 137.9 in October, the highest in nearly two decades, but saw a dip to 128.1 in December. BlueTarp’s supplemental survey revealed that contractor’s confidence in the future health of the economy continues to waver. Nearly 30% think that the next 12 months will decline in some way. Only 40% of contractors think the economy would improve, a 20% decrease from last quarter. Contractors revealed more uncertainty caused by rising tariffs, interest rates, and trade issues.”